What I saw on Christmas Day

This is what I saw on Christmas Day while sitting on the couch with my husband at the Vicarage by the Sea, the Alzheimer’s care facility where he now resides. 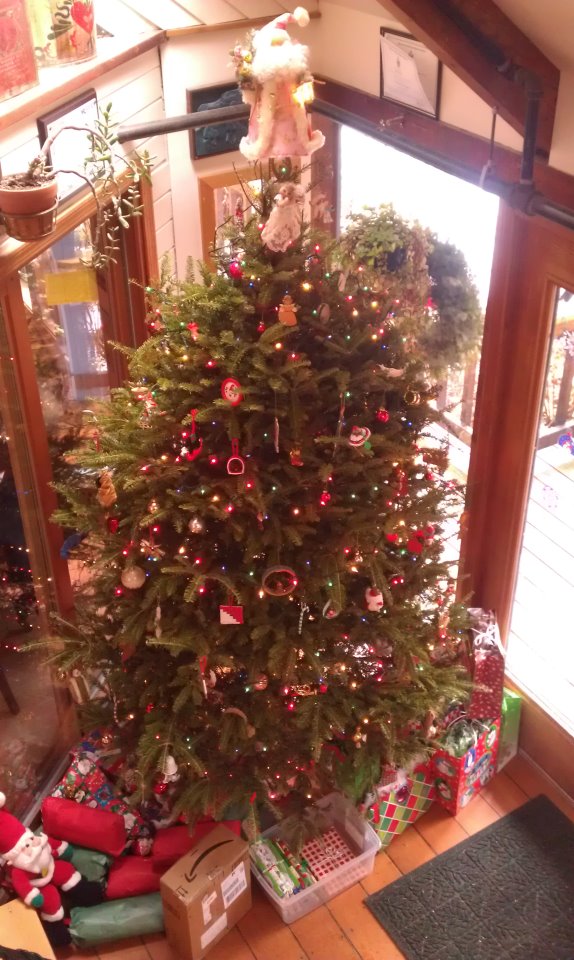 Earlier, Henry and I had exchanged simple gifts. I gave him a homemade sock monkey that said “Kisses For You” on its hat; I’d read stuffed toys are a good idea for someone who is approaching the advanced stages of dementia. He gave me a handmade red and brown felt bird that I saw in a store window in downtown Brunswick. Of course, I had picked it out and wrapped it, but it was something I really wanted.

We also enjoyed the ham dinner that had been prepared for the eight residents — three who are independently ambulatory, the rest in wheelchairs or using walkers with assistance — and whatever family members happened to be there. As it turned out, I was the only additional diner, although visitors came and went all afternoon.

The parlor couch on which we sat is across from the piano in a large living room. Another resident’s d

aughter had come to play Christmas carols, something I knew Henry would enjoy. Her father went off to the bathroom for a few minutes, and when he came out he wouldn’t settle down in the chair she had pulled next to the piano bench. Pretty much nonverbal, he was trying to figure something out. Finally, he saw her coat and put it on. “Dad, what are you doing in my coat? It looks funny on you!” she said.

“Maybe he’s cold,” I offered. “Yes, you usually have a sweater on,” said Dale, one of two staff people on duty. He quickly found one for him to wear and that settled him down and the music began.

Henry and I attempted to sing along — “Angels we have heard on high.” She urged, “Sing, Dad. You know this one!” Trying very hard to bring some holiday cheer, she was playing too quickly for her “choir.” Just as I was getting ready to suggest she slow down for us, something caught my attention.

It is routine for the staff to bring a resident or two to the bathroom after a meal, so there was nothing unusual about Dale and Millie guiding Mary across the parlor in her wheelchair. Profoundly impacted by the disease, she was no longer joining the others at the dining room table. Instead, someone would feed her in her recliner. No one goes to bed during the day; that is reserved for night-time sleep and wisely so. There are comfortable chairs in which to doze or nap. So when Mary was wheeled into a bedroom off a hallway adjacent to the parlor, I took note.

As “Hark, the herald angels sing!” rang out, I watched Dale and Millie spread two waterproof pads over the sheets on the bed. Then as one held up the comforter, the other placed Mary in the bed and tucked the covers under her chin. I could see Mary’s face and it became clear to me that she had passed away sometime during Christmas dinner. Tears stung my eyes, but Henry sat unaware and the music continued.

One of the more active residents had followed the staff into Mary’s bedroom, so he was gently guided toward the parlor. As he came aside the piano, the man sitting by his daughter jumped up to confront the seeming interloper. Gently, Millie placed her arm between the two men, the daughter redirected her father to his chair and calm was restored.

Soon Eric arrived to begin his shift at the residence. Millie called to him with not a flicker of distress in her voice, “When you get settled, we could use your help in here.”

Dale took Eric out of my view, no doubt to explain the situation. Then Eric went to Mary’s bedside. He knelt down and cupped her face in his hands for a few moments, then placed a hand over her heart. Finally, Millie, Dale and Eric –glassy-eyed but composed — left the bedroom and closed the door behind them. There was some telephoning back and forth in the kitchen. I heard the name of a funeral home mentioned. 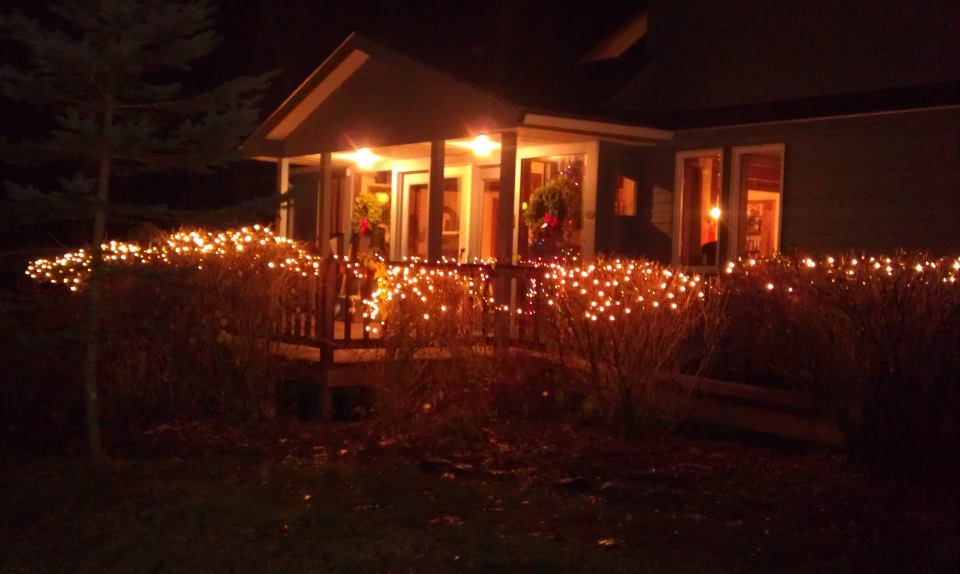 Dale’s shift was ending. He donned his coat, braved a smiled and said to the residents and visitors, “Merry Christmas, everybody,” as he headed out the door and home. Eric and Millie continued with their appointed tasks, tending for those in their care.

I made a trip to the bathroom. When I returned, the pianist had ended her concert and learned of Mary’s death. She was in tears. Up to that point, the event had been handled so well that I was the only other visitor or resident who knew what was transpiring that Christmas afternoon. Henry was waiting for me on the couch, all smiles, still unaware.

Before too long, two well-dressed men wheeled a gurney into Mary’s room and closed the door behind them. They had come in through a back door and covered the gurney in a pretty quilt to soften appearances for any observers. In a while, the bedroom door opened and Mary’s stay at the facility drew to a close. “Sleep in heavenly peace,” I thought.

I told Eric how beautifully the staff had handled Mary’s passing. “I’ve done this many times,” he said. “But it’s good to hear you say that.”

I complimented Millie as well. “The hard part is not crying,” she said, as she turned her attention to the needs before her.